Last but not the least!
I am Rucha Datar and I am from Pune, India which is a big city strategically placed in the Western Ghats where it enjoys moderate climate. The nearest beach is just 2 hours by road which make the weekends perfect. Pune is called the Oxford of the East for having a large number of educational institutes. This being said, us Puneites don’t just study- the city is a well-known cultural hub also;) 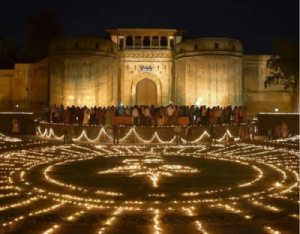 Shaniwar wada, built in the year 1732, is an historical fortification and a famous tourist site in Pune.

This is a famous quote by Walt Disney. I can relate to it very well as one such door opened for me in March last year after I completed my post-graduation in Microbiology at University of Pune. At the university, I was exposed to various subjects but I was particularly fascinated with medical microbiology. It didn’t take me a lot of time to understand that I wanted to do translational research. I wanted to achieve something via research that can be converted into a product or a technology. I chose my internships in the industrial sectors rather than in academic institutions to have a closer look at what actually happens in “R&D”. The experience of working in a small start-up funded by the Government of India taught me a lot of things- especially how to work tirelessly, how to come with plans to achieve the targets and how to manage funds. I worked on a project for a brief period of time where I was involved in the development of novel molecular platform based technique which will serve the rapid detection of antibiotic resistance pattern of potent superbugs acclaimed by WHO. While doing this project I realized how these tiny creatures- bacteria are capable of causing so much damage to the human cells. Pathogens may use surface molecules, structural components or specific effector proteins like toxins to impede the immune system, grow in an intracellular niche, control host cell survival or spread within tissues. The antibiotics too sometimes fail to stop them from spreading the infections as these bacteria due to over or under use of antibiotics start showing resistance to the antibiotics over the course of time. 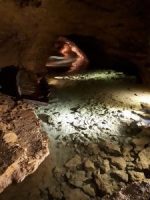 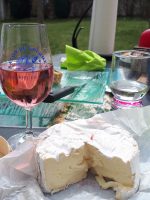 So fetch! So french!

What got me from the city to the French countryside ?
I stumbled upon ViBrANT which is an innovative training network funded by the European Union’s horizon 2020 research programme. The programme not only best suited my interest but also gave me a chance to work at bioMérieux which is one of the leading companies working in the field of diagnostics for several years now. It gives me immense satisfaction of working jointly as a team of 15 researchers to achieve a common target- fighting infectious diseases. The only catch was that I was supposed to work at bioMérieux in La Balme les Grottes which is a small village located 50 km away from the nearest city- Lyon.
The first few days in the countryside were quite rough, I won’t lie. Coming from a populated city to a village with some 700 people, no public transport and lack of shops and markets was a shock. But no winter lasts forever and no spring skips its turn, Manisha (ESR 5) came as a new ray of hope. We just do not complement each other while doing science but also while doing daily chores (read boring) together. My colleagues too have been like guardian angels helping and guiding me. A lot would have remained unachieved if it was not for them. Them and the spring have made my life brighter and prettier now.

My project
Biofilms are communities of microorganisms that attach to each other and to surfaces by bacterial adherence. Bacterial biofilms are involved in several chronic diseases including cystic fibrosis and are difficult to treat and show much greater resistance to antibiotics than their free-living counterparts. Using bioMérieux technologies like VITEK, I aim to study the antibiotic resistance pattern in biofilm forming P. aeruginosa strains isolated from cystic fibrosis patients. I am simultaneously working on a side project with my colleague where we are looking at the nitrofurantoin resistance caused due to mutations in the genes in E. coli.
My journey so far as a PhD student and as a person has been great! I can’t wait to see what else is in store for me during the next 2.5 years. That’s all the news and latest happenings I have from La Balme les Grottes. This is Rucha signing out and wishing you a very happy reading!!!