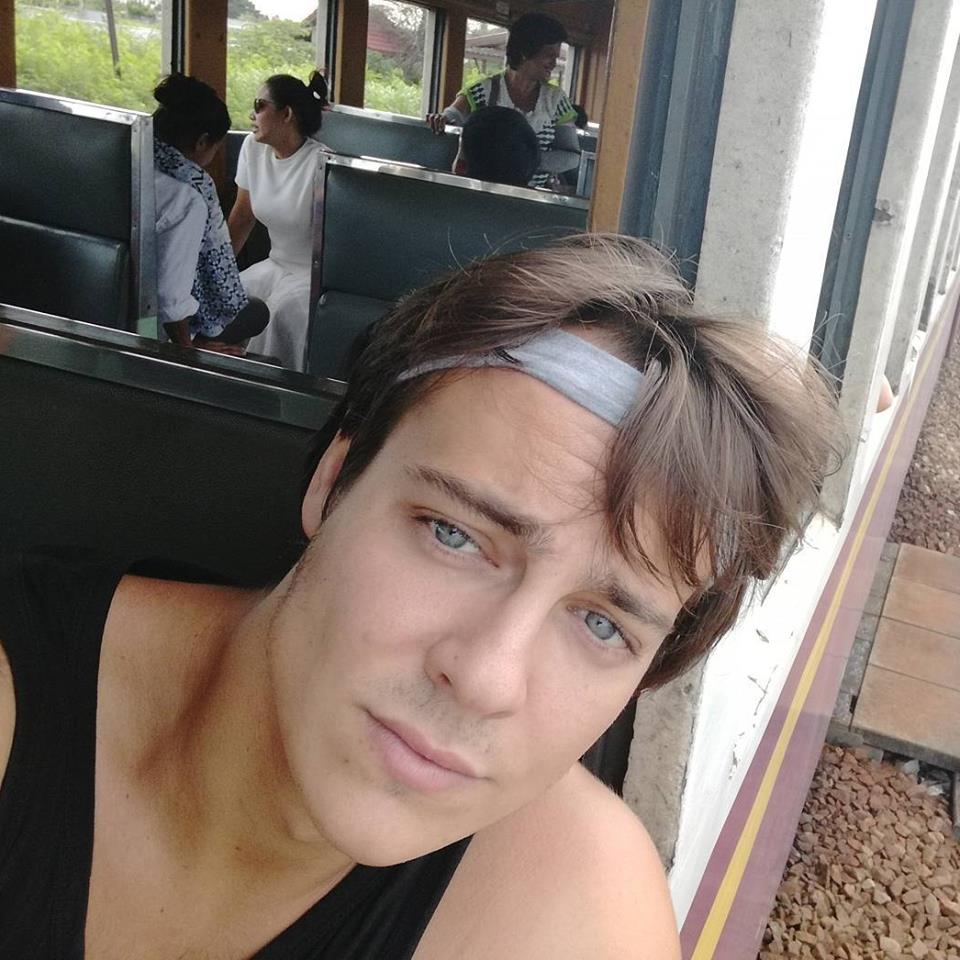 Hey! My name is Juan Leva Bueno, position ESR3 in charge of developing a nanobiosensor for pathogen analysis. I’m a 24 year-old Spaniard from Barcelona, specifically from a very cute coastal town called Cubelles. My favorite sport is tennis, which I have been practicing between the age of 9 and 17. However, when I began my undergrad course I decided to stop competing since it required my full attention.  But it is not a complaint! Those years spent practicing tennis have helped me a lot if I am ever challenged to a friendly match and it opened a wide range of possibilities with other racquet sports.

I also like travelling around the world as a backpacker and enjoy exploring new cultures. My favorite type of music is classical rock as well as jazz and blues. I like films with a good plot and that encourage you to think.  I also consider it mandatory, at least once a year, to do one marathon of Lord of the Rings, Harry Potter and Star Wars. What I undoubtedly enjoy most is talking about sports, science, music or movies with my friends while having a few beers. By the way, I have a Bachelor’s degree in Nanoscience and Nanotechnology (Autonomous University of Barcelona) and a Master’s in Biomedicine (University of Barcelona)!

I became interested in science at a very early age and remember of asking my parents for documentaries of animals every now and then. I was 7 or 8 years old by that time and wanted to become a biologist. However, in my innocent mind of a child, I believed that by the time I would become biologist, most animal species would be extinct due to climate change. In contrast to that, I decided to become a lawyer. This decision lasted for a short while, until I started studying physics, chemistry and biology at high school. When the time of choosing a degree came, nanoscience caught my attention. I had read a bit about it and seen some documentaries. It was also a multidisciplinary degree in which I could continue studying the main branches of science. 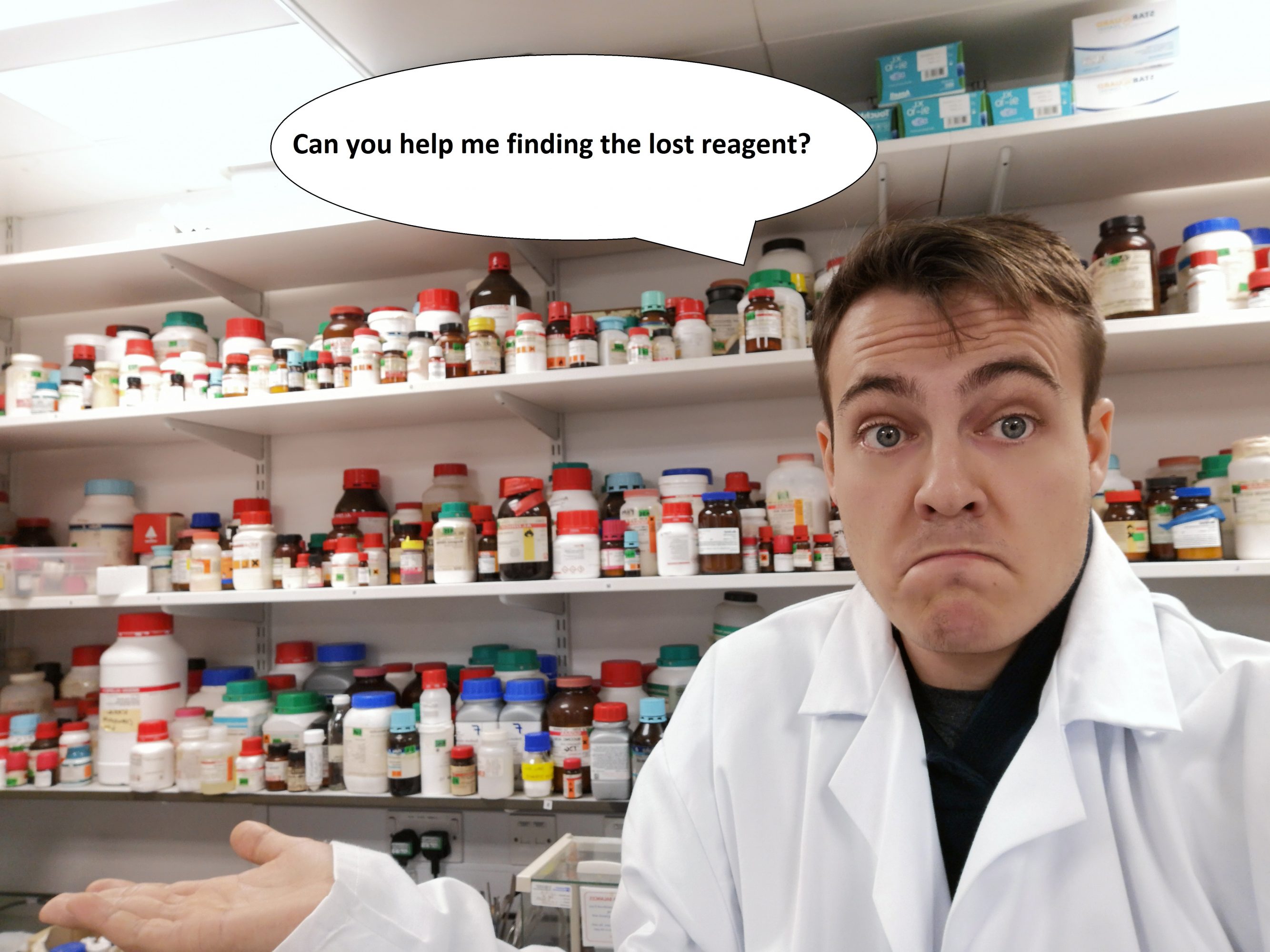 The Vibrant project aims to investigate the problems arising from resistance to antibiotics. Therefore, the goal of Vibrant is to find solutions and alternatives to this serious concern. The Vibrant network is made up of 15 doctoral students distributed all over Europe. I am located at the University of Leeds under the supervision of Prof. Paul Millner and Dr. Sally Peyman. To explain what my PhD is about “nanobiosensor for pathogen analysis” in a brief and understandable way is, in turn, one of the most difficult tasks. In general, my goal is to detect bacteria and viruses in the human body with the help of an easy and simple to use device.

The area of science which is dedicated to detect the presence or concentration of biological molecules, structures or microorganisms is known as biosensing and the fact that it can be miniaturized and turned into a portable and easy-to-use device is called lab-on-a-chip. Current diagnostic techniques require very expensive machinery, specialized personnel and a lot of time. It is expected that biosensing and lab-on-a-chip can overcome all these barriers and change the paradigm of the diagnostic methods we know today.

To get an idea about my project, you have to imagine a glucose meter used by people suffering from diabetes. They can measure blood glucose levels by themselves using a tiny drop of blood. Analogous to that, the goal of my project is to develop a device in which providing a tiny amount of body fluid is enough to be able to detect and quantify bacteria and viruses we have in our body.

I started my research in August, which is not even 3 months ago. I’m still in the early stages of my project. But not everything is hard-working! I’ve had time to visit Leeds, York and a small part of the Dales National Park. At the beginning of September, all the members that form Vibrant met in Frankfurt for the kick-off meeting. Personally, I had a great time and made friends. I hope to see you all soon! 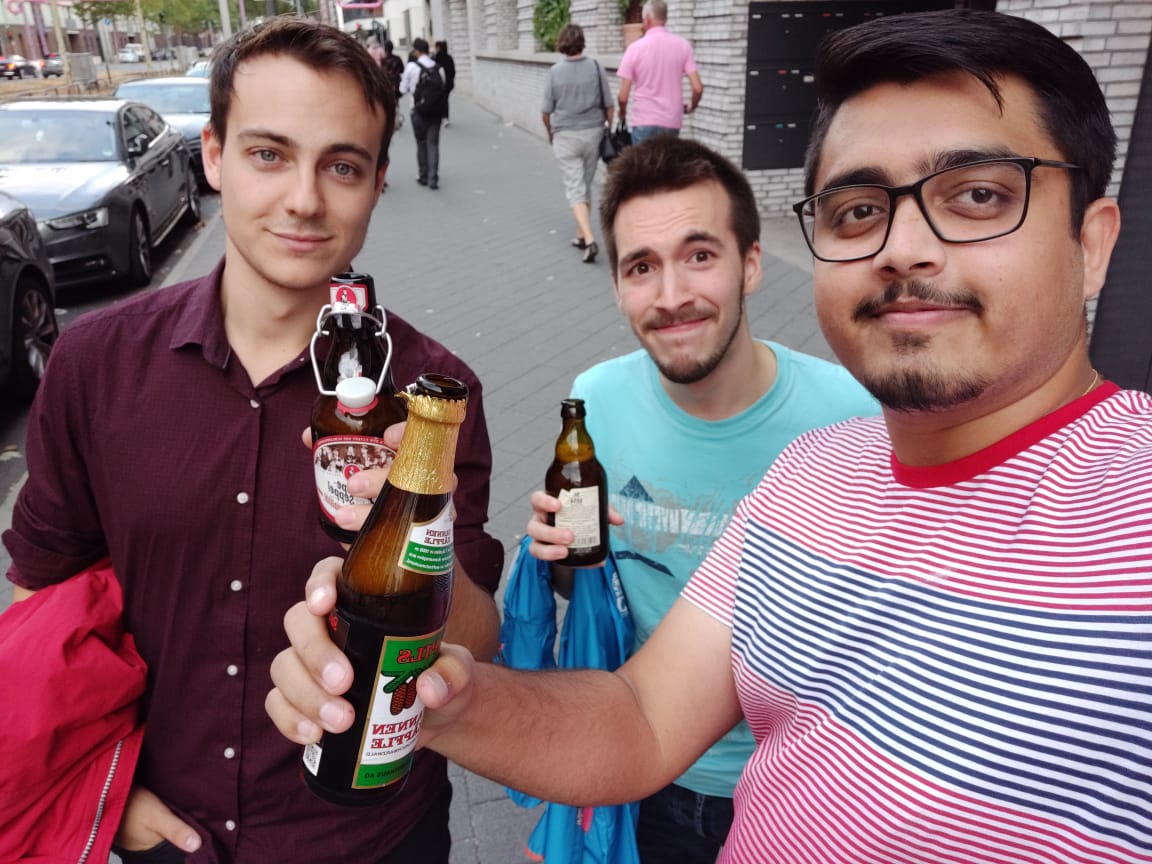 Enjoying a few beers with some Vibrant colleagues in Frankfurt 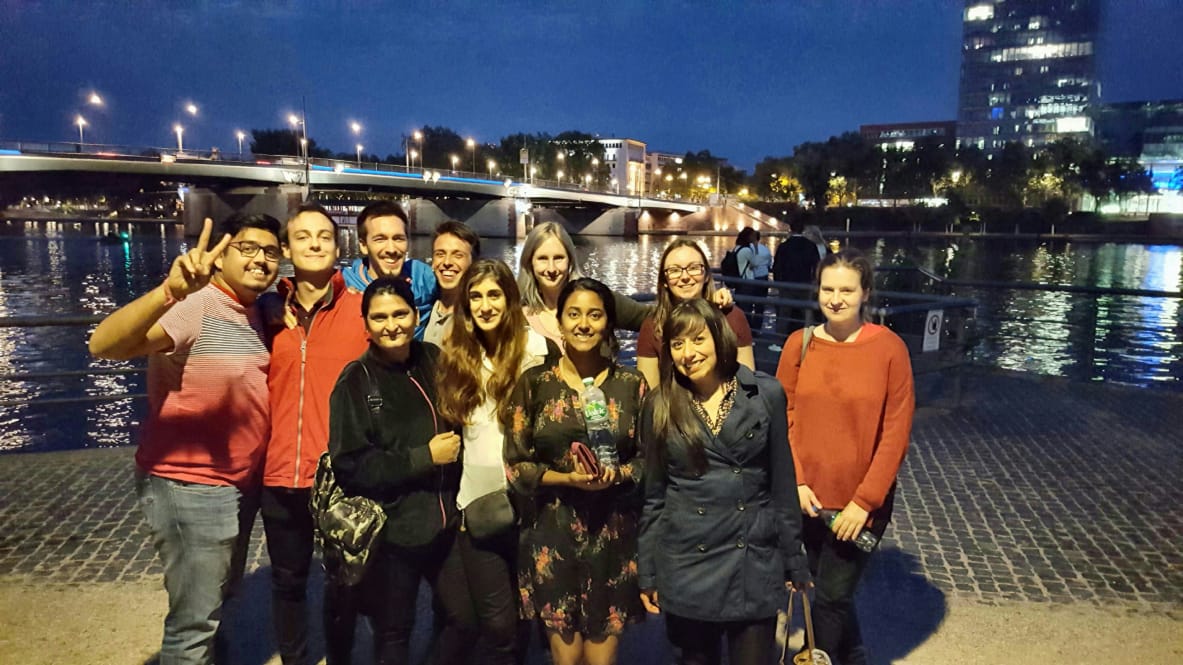 Group photo of all the present Vibrant ESRs members at Frankfurt

Leeds is a city that provides many facilities for the student. This makes sure you won’t get bored and have something to do be it practicing some sport, listening to good music, going for parties or shows. This city assures you a complete entertainment. I also live near Hyde Park which is an ideal place for reading, listening to music or playing tennis. The University of Leeds also offers the opportunity to join several societies in which you can share your common interests. In short, I think Leeds has welcomed me quite well. The weather and the food do not go unnoticed. Regarding the food, you can always buy the ingredients you want and make your own meal. As for the weather, I’ve only spent part of the summer and early autumn in the UK. In Spain, summer is very warm, so a cool summer has been very rewarding. However, winter is coming. 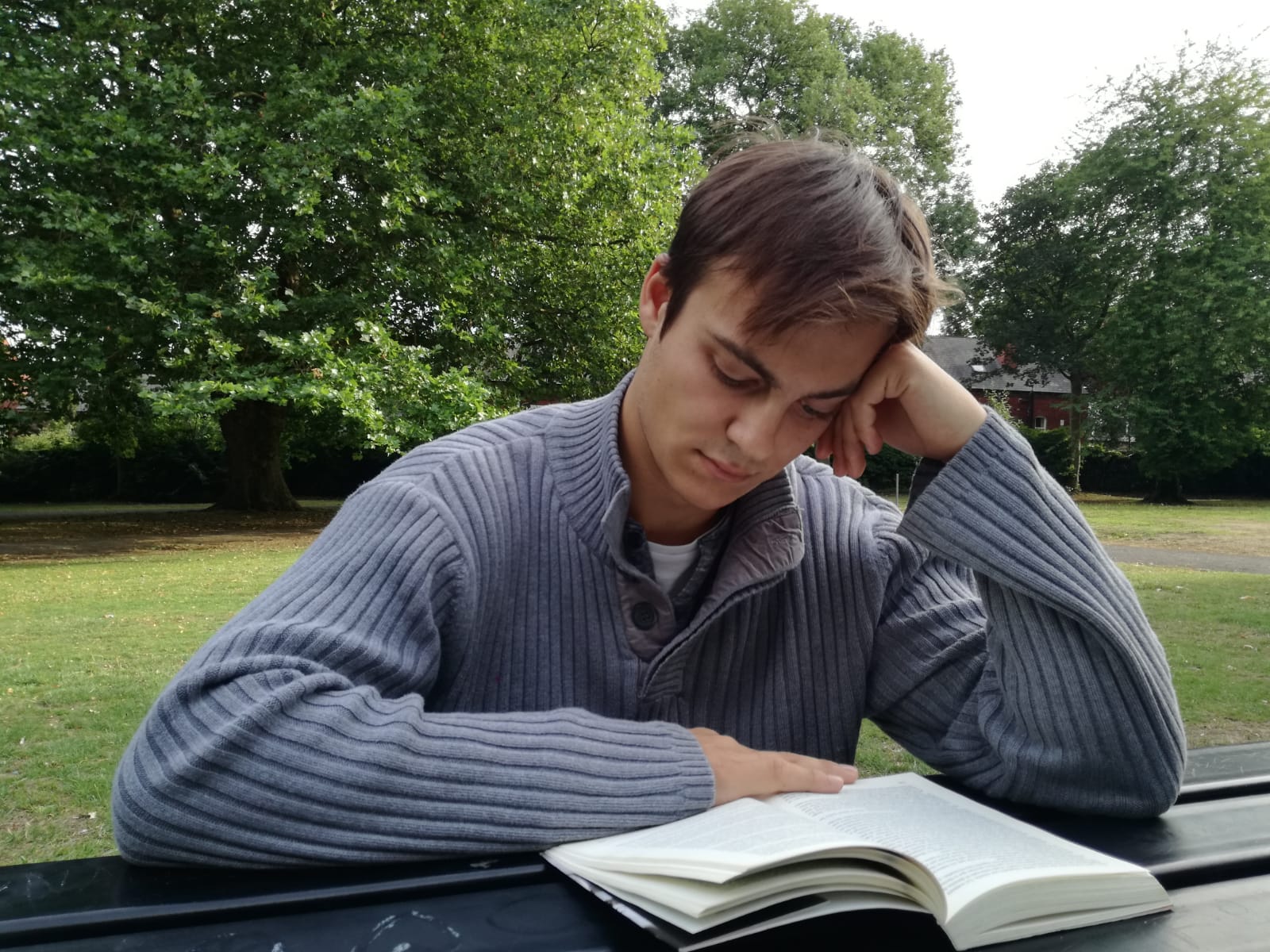