Fake science in a global world

The last part of the century has been impacted by the Information Age. Undoubtedly a great improvement for humanity, when a huge library full of specialized books is not necessary anymore to learn about a certain topic. Everything is at thumb´s reach: just by grabbing our phones, introducing a couple of keywords, and scrolling down.

As a world citizen and a young scientist, many times I have found myself reading news about a topic, and then, in disbelieve wondering, is this true? how to be sure?…

From climate change, miraculous health products, to conspiracy theories, I have felt beaten by thousands of bits of dubious information from different sources (including scientific journals) and proudly sponsored by authors who fervently announce the veracity of their findings.

But the problem extends beyond a single person misinformed on a topic. The chain of misinformation spreads as rumors in an instantly connected world, affecting not only a personal decision but also the direction of public policies and investment of economic resources.

Knowing that we cannot trust everything we read, the big question arouses: Is there a way to sort out real information from false claims?… Unfortunately, there is not a straightforward answer as the problem of fake science and news has different motives and many participants involved.

Learning about the fake science

I had the opportunity to participate in a seminar about “Science and fake-science in Capitalism” organized by the Kritische Naturwissenschaften group from the Goethe University of Frankfurt. The terminology “fake science” speaks for itself, then what is there to learn about?… 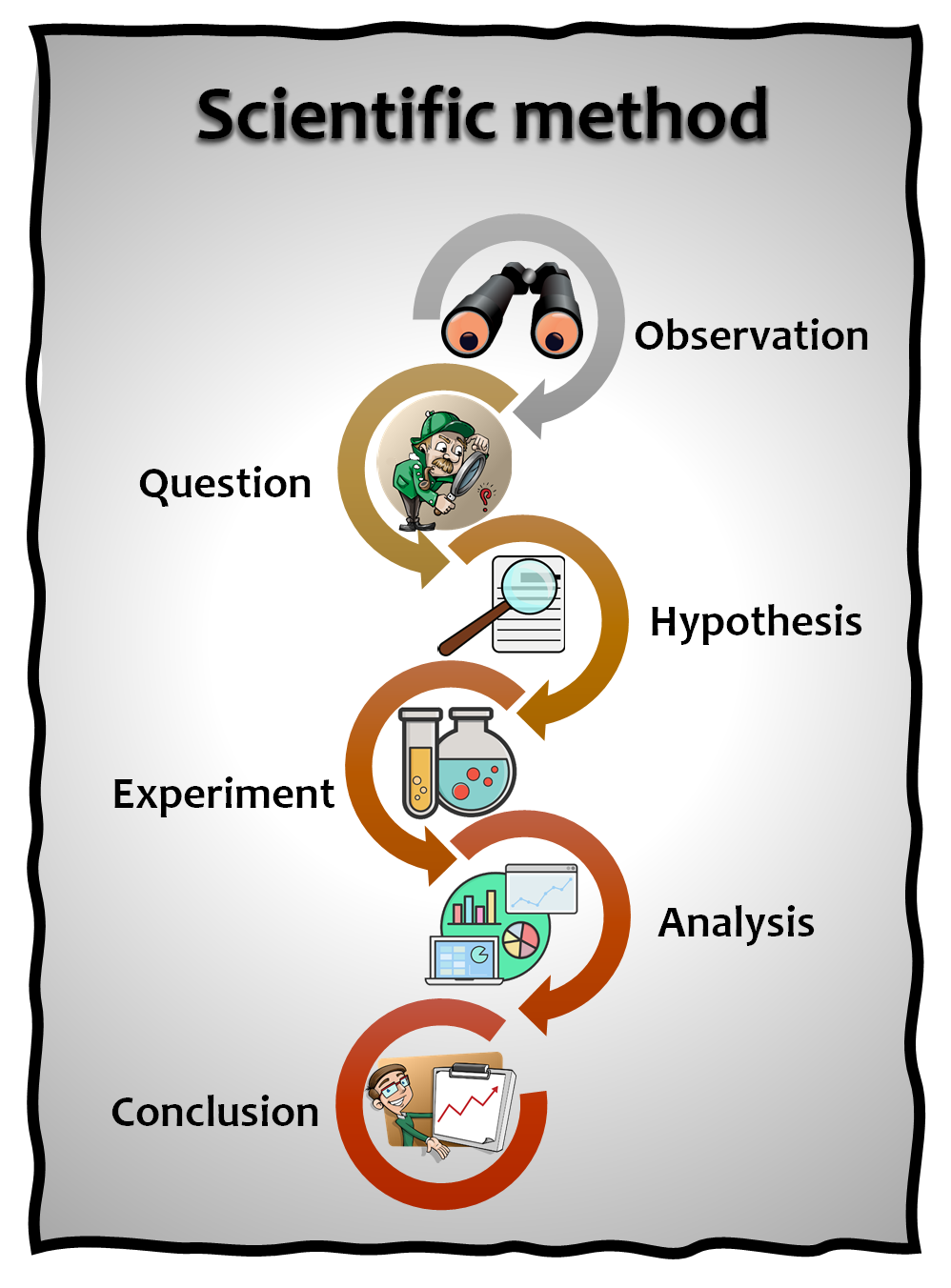 To understand what fake science means we should spend some time thinking about what real science is like. The process of describing a phenomenon applying the scientific method takes time, mainly because after the observation and formulation of a hypothesis, this needs to be tested and challenged. Only after the confirmation of a hypothesis and the contrast of these results with previous knowledge about a topic, a conclusion can be reached.

Academic journals are in charge of distributing, in the format of a scientific paper, the conclusions reached by the authors during experimentation. But to claim its veracity, a research manuscript must be extensively analyzed by experts who will deliberate on the appropriateness of the methods used, the adequacy of the controls included, the fitness of the results with the claimed conclusions, and in general the congruency of the manuscript. Only after this profound analysis, the research is made available by academic journals to the community… or at least this is how it is supposed to work!

Many things can go wrong for a manuscript during the scrutiny process of a rigorous scientific journal. Here is when deceptive academic journals join the game offering a fast and uncomplicatedly alternative for publishing. Suddenly many (if not all) the observations on a manuscript are left aside, rushing (after a hefty fee payment) into the online publication of a new “scientific paper”. Of course, the errors in the research do not fade away, just a faulty work has been published under the name of “scientific paper” soiling the reputation and prestige of good science.

These erroneous works disseminate false claims that can fuel biased opinions and ultimately have a negative impact on full societies. Losing the focus and control of what is given as certainty influences more than the individuality of a particular belief, but has a global impact when we consider sensitive topics such as vaccination or climate change as few examples. Certainly, a predicament that must be addressed.

Is science moving in the right direction about scientific publishing?

The fake science situation is a complex topic because not only the general public is hoaxed, but also scientists fail to recognize trustworthy sources. An interesting documentary (German with English subtitles), covers the wide impact that fake science has on the vulnerable public and how deceptive academic publishers benefit from scientists and non-scientists, publishing junk science that bypasses the review process.

In a world where quantity is more important than quality, the pursuit of becoming a “successful scientist” is also drowned in this vortex. Young scientists might be tempted to produce research papers as fast as possible to obtain grants, promotions, and distinction. Scientists falling (either by unawareness or recognition pressure) in the fraud of fake publishers are fueling an imposter system that manipulates and confuses the general public.

What can we do about fake science: a multiple-edged approach

True ignorance is not the absence of knowledge, but the refusal to acquire it

On one hand, society should restore the value of quality over quantity, a good and solid work is more valuable than ten half-baked manuscripts. Future scientists should be guided to prevent them to become prey on fake and opportunistic publishers. Also, scientific societies should gain more space in the social and political environment, overcome the barrier of in-detail or in-deep speech, and be able to connect and transfer knowledge to the general public and policymakers.

It is also relevant to recognize the current role of social media in diffusing information, real and fake. Scientific societies and governments should reinforce their social media activity to provide trustful information to the public.

Finally, every effort to redirect trustful science is worthless if the general public does not rise a thoughtful and critical consciousness based on evidence and reasoning. So ultimately, it is also the role of a more mature and evolved society to reach critical thinking, one where not everything we read might be truthful. 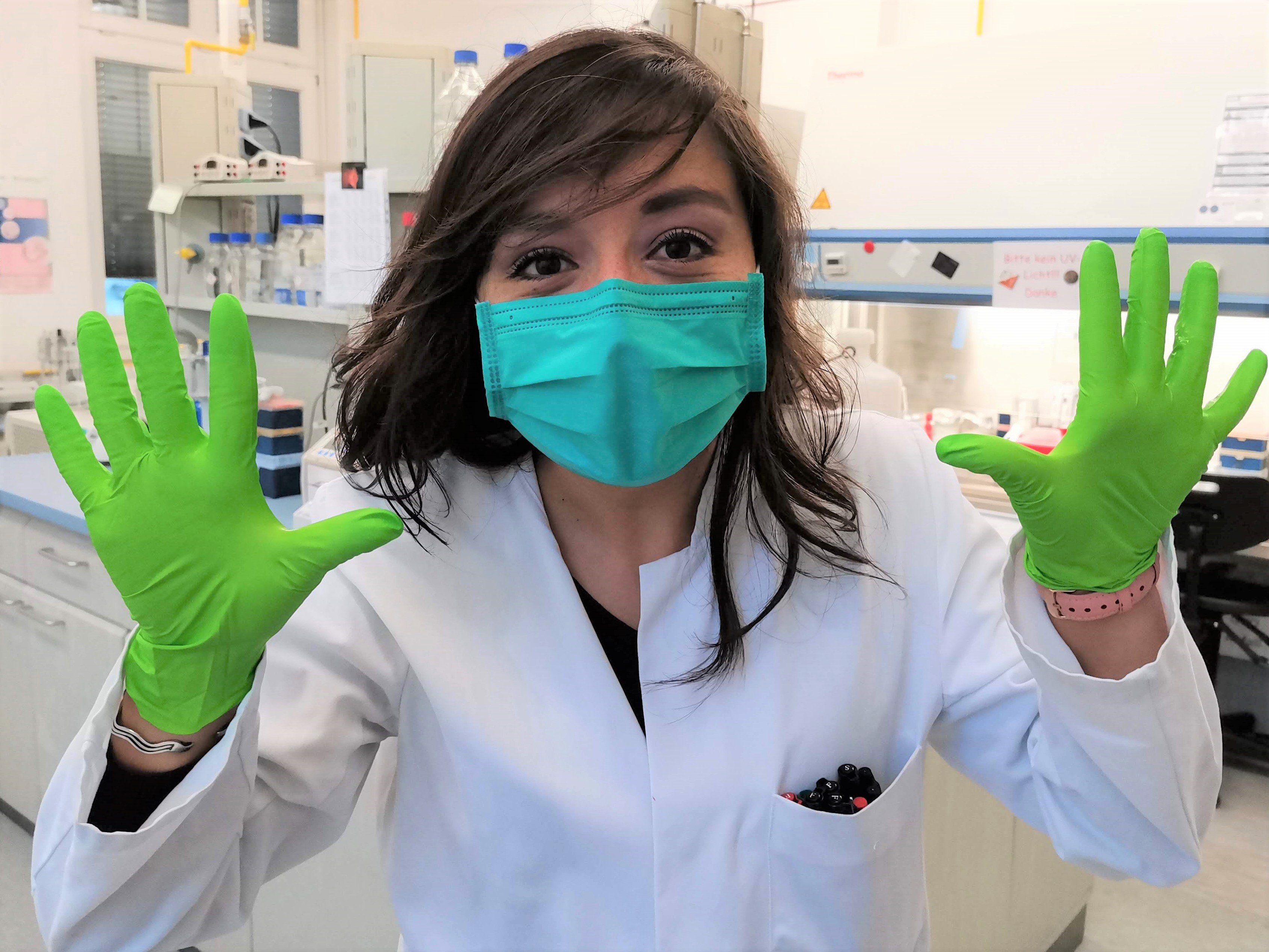 A bit about me…

Two years ago, I started my PhD project at the Goethe University Frankfurt. I am part of the Viral and Bacterial Adhesin Network Training (ViBrANT) consortia, an innovative training network funded by Marie Skłodowska-Curie Actions, a European Union Program.

You can read a bit more about my research topic in my latest blog.